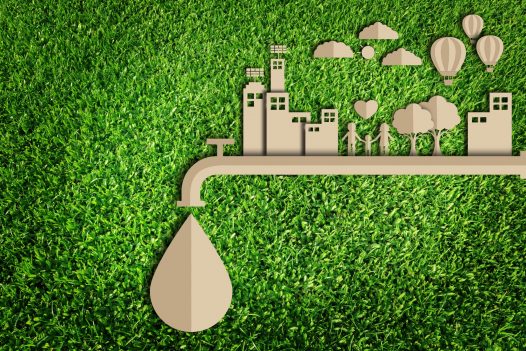 Who doesn’t love a cold glass of water on a hot day, or stepping into a steamy shower after hitting the gym? Water is all around us – it keeps up going, keeps up refreshed, and keeps the grass green. Where would we be without it?

We all know the benefits of saving water – not only is it good for the environment, but it’s good for our pockets, too. But as Australia’s population is set to carry on growing, taking steps to save water is becoming more and more pressing.

With migration at an all time high – and set to keep on growing – and climate change taking its toll on Australia’s dams, it’s becoming clear that there simply won’t enough water to meet demand if the population continues to increase.

Take Sydney as a prime example. It’s been estimated that, when full, the Warragamba dam can supply the city with water for four years. With the population in Sydney due to double within the next 50 years, the supply is limited to only two years. And remember, that’s only when the dam is full. Climate change could have a nasty effect on our dams – and a half full dam would only supply enough water for one year.

Unfortunately, an increase in population will more than likely lead to an increase in water prices. As supplies become limited, it’s been suggested that the households that consume more than the standard amount of water should be charged a higher tariff their usage – though the price for households that only use a small amount of water will stay the same.

So, what can be done to save water?

On a government level, the most promising option for saving water is to recycle it. While some people are adverse to the idea of drinking used water, it is one of the best ways to ensure the water levels are able to meet the demand of the population.

While the East Coast is hesitant to begin treating recycled water, Perth is already way ahead of the game. Alongside running two desalination plants at full capacity, Perth has begun to pump recycled water back into the groundwater – where Perth receives most of its drinking water from.

If the rest of Australia were to follow Perth’s lead, it would have a hugely positive effect on our water security.

It’s unlikely that you’ll ever be able to save a dam-full of water, but there are certainly things you can do at home to help conserve your supplies – which in turn leads to water bills that will make your bank account smile.

One of these techniques is to install a water efficient shower head. Our Revolution AIR showers infuse each drop of water with air, resulting in less water being used for a fuller spray.

Turn Off Your Taps

Did you know that turning off your bathroom taps while brushing your teeth can save 6 litres of water per minute? That’s 12 litres of water per day, which is 84 litres every week, and around 360 litres a month. It’s the little things that make a difference.

If you’re looking for more ways to save water, Water Corporation is on hand to help. Their website has plenty of tips for saving water and helping your community. From the perfect time to set your sprinkler to which plants don’t require an excess of water, visit Water Corporation.